In a busy studio environment, it's not everyday that people stop what they're doing to come over and ask "what the hell is that?" I'll tell you! – It's a 65" touch enabled, transparent LCD TV screen, mounted on the front of a 4'x8'x16" box. Inside the box are a dozen high-powered LED arrays, which act as a backlight for the TV screen. And that's only half the half of it!

The on-screen graphics were designed by Doug Merritt and animated by Colin Brandt and I. The majority of the screen's content is under NDA, but glean what you can from the video above.

The other half of the project is what went inside the box. We designed and built a sculpture made of roughly 400 feet of waxed orange cord, wrapped symmetrically around a grid of pegs. This is set on a white plane, with a circular void cut into the center. I wish I could share the meaning and concepts behind the arrangement, but I can say that it looked awesome!

In the early stages of the project, I was responsible for 3D concept renderings of the physical build. I was able to help our creative team, led by Creative Director Noah DiJulio, visualize concepts and create mock-ups that answered a lot of important visual questions. Cinema 4D's Mograph tools were a great way to quickly build different string arrangements, and the R15 render engine gave me fast and extremely high fidelity results. This is work I really loved doing and one of the most exciting projects I've been a part of! 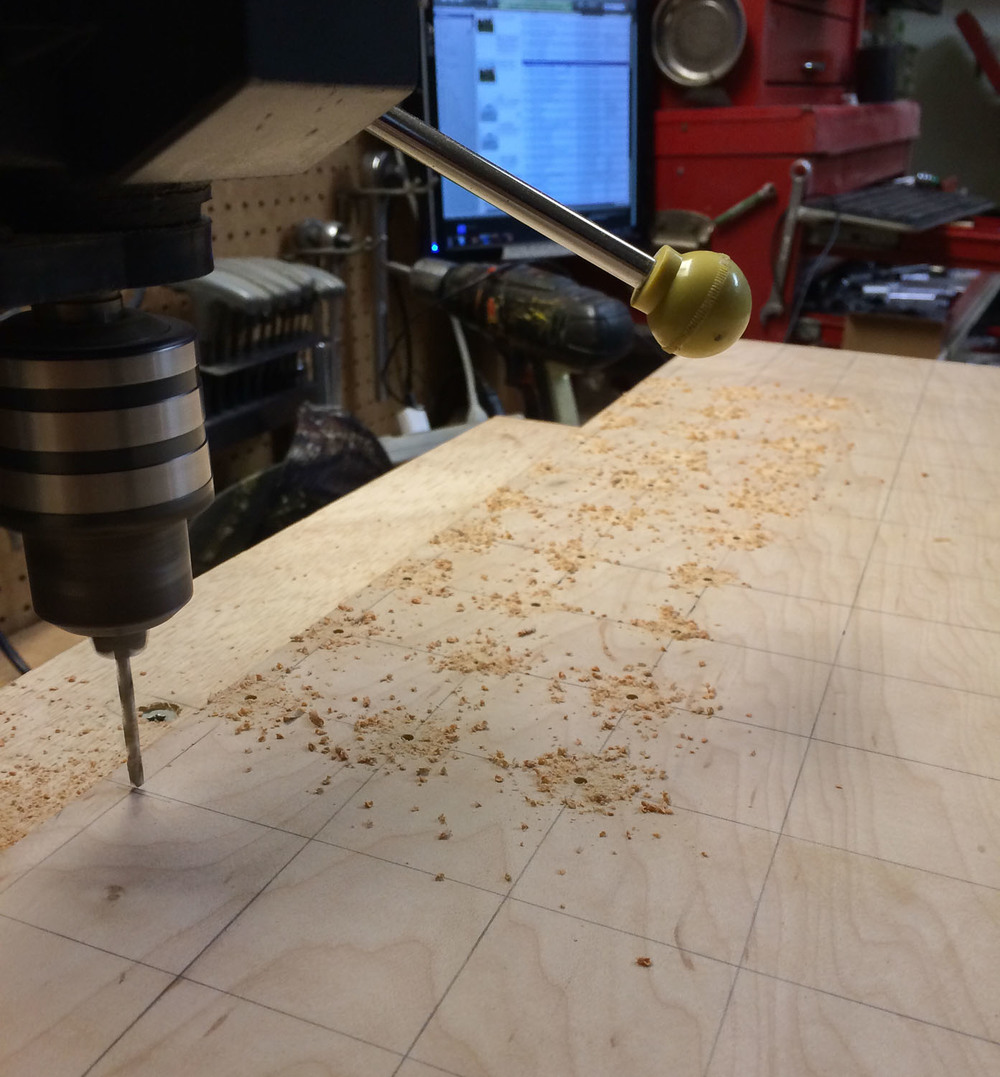 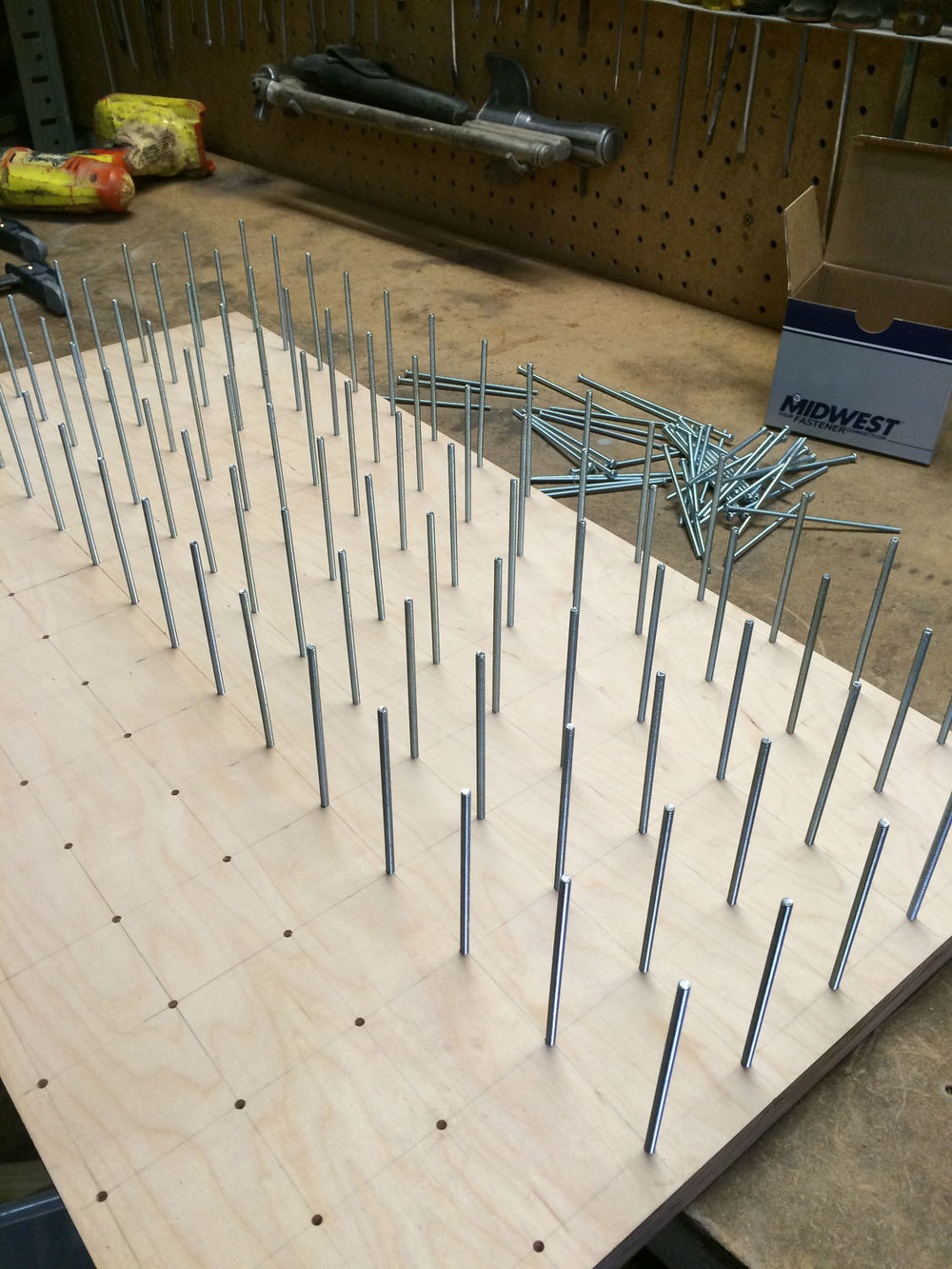 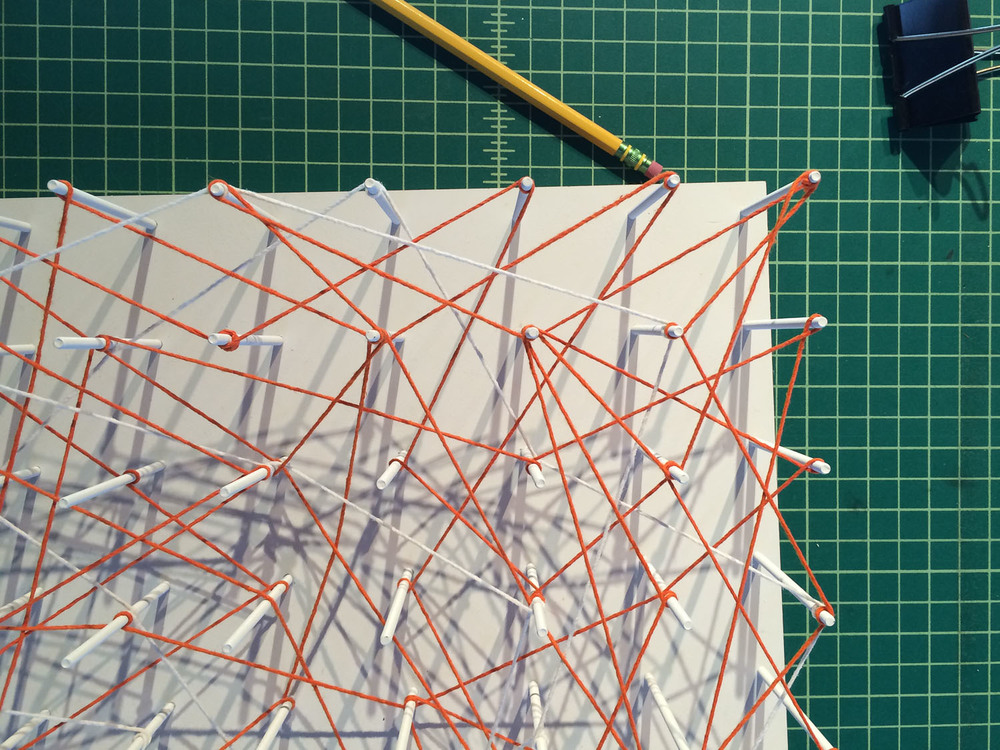 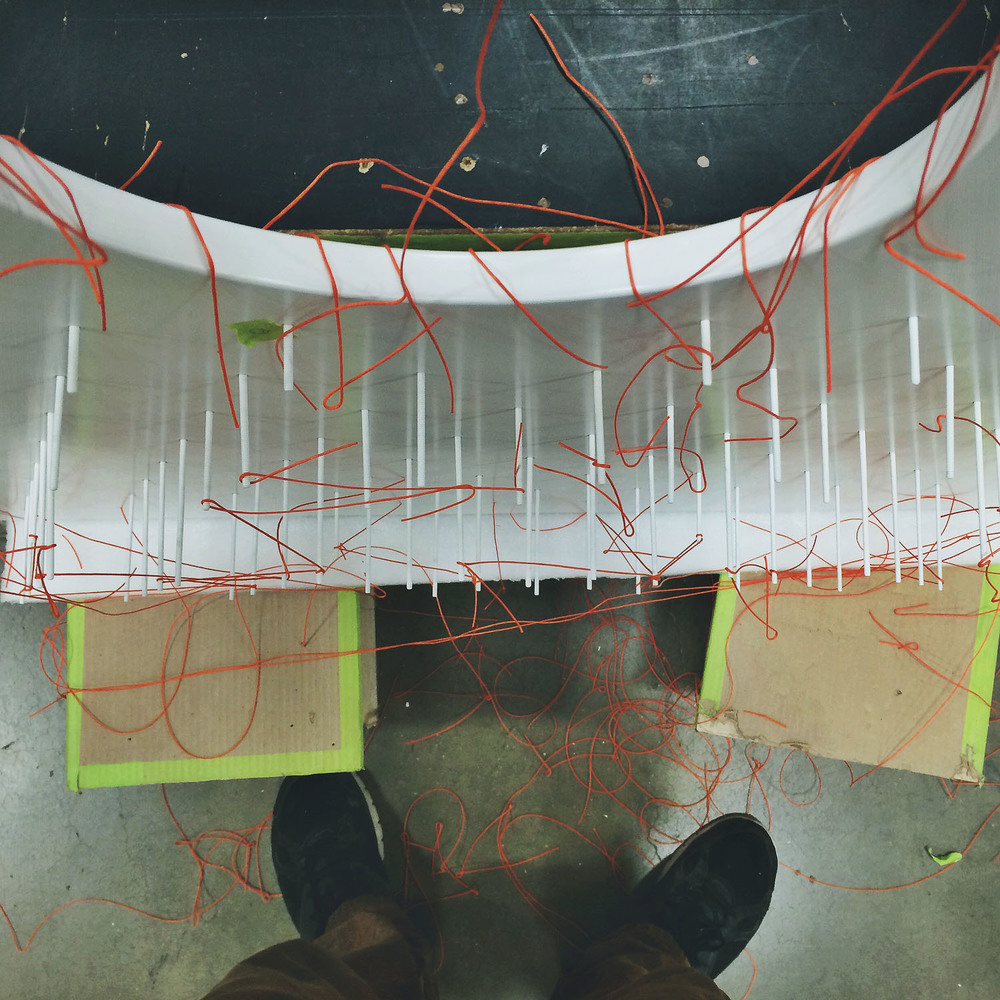 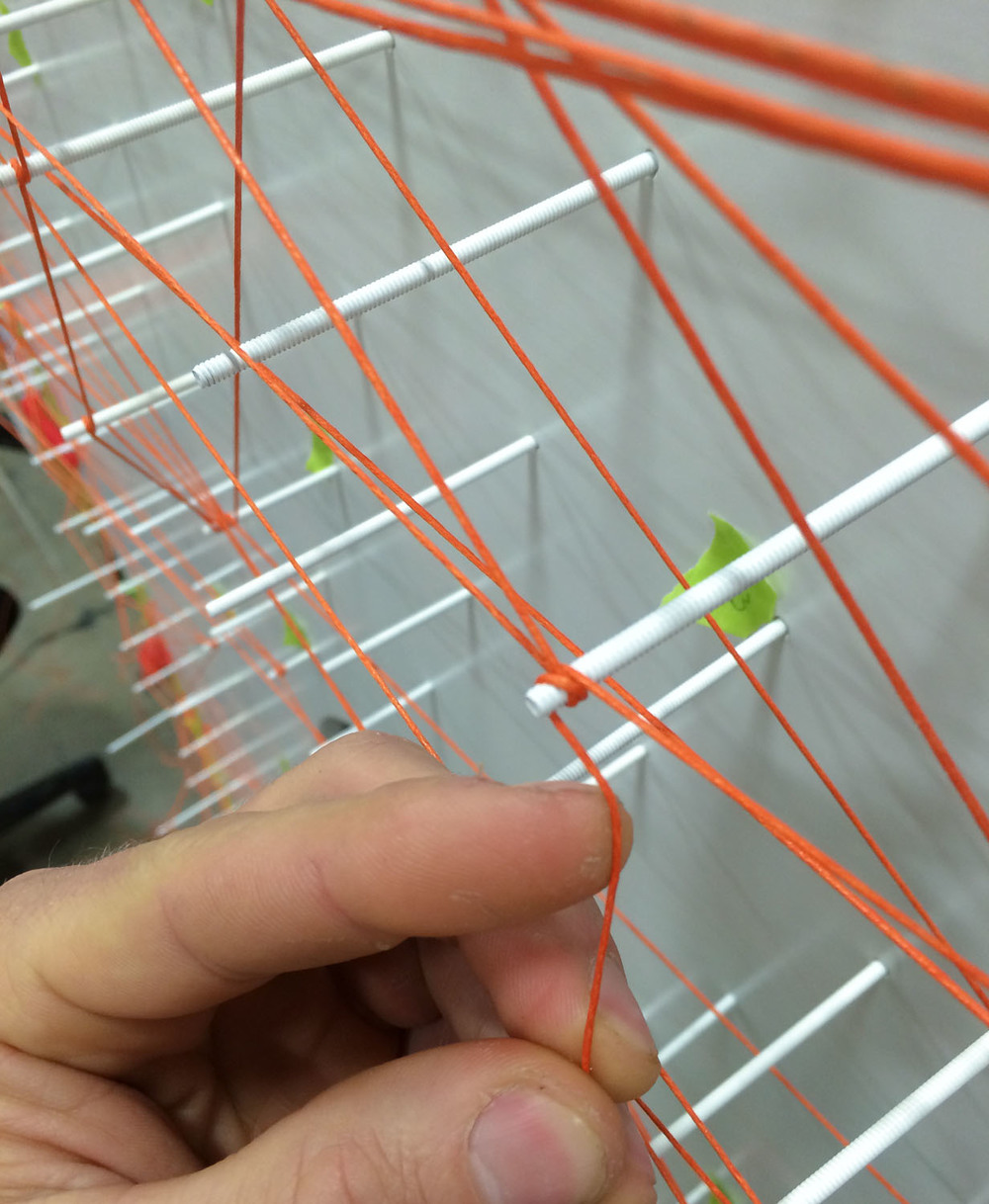 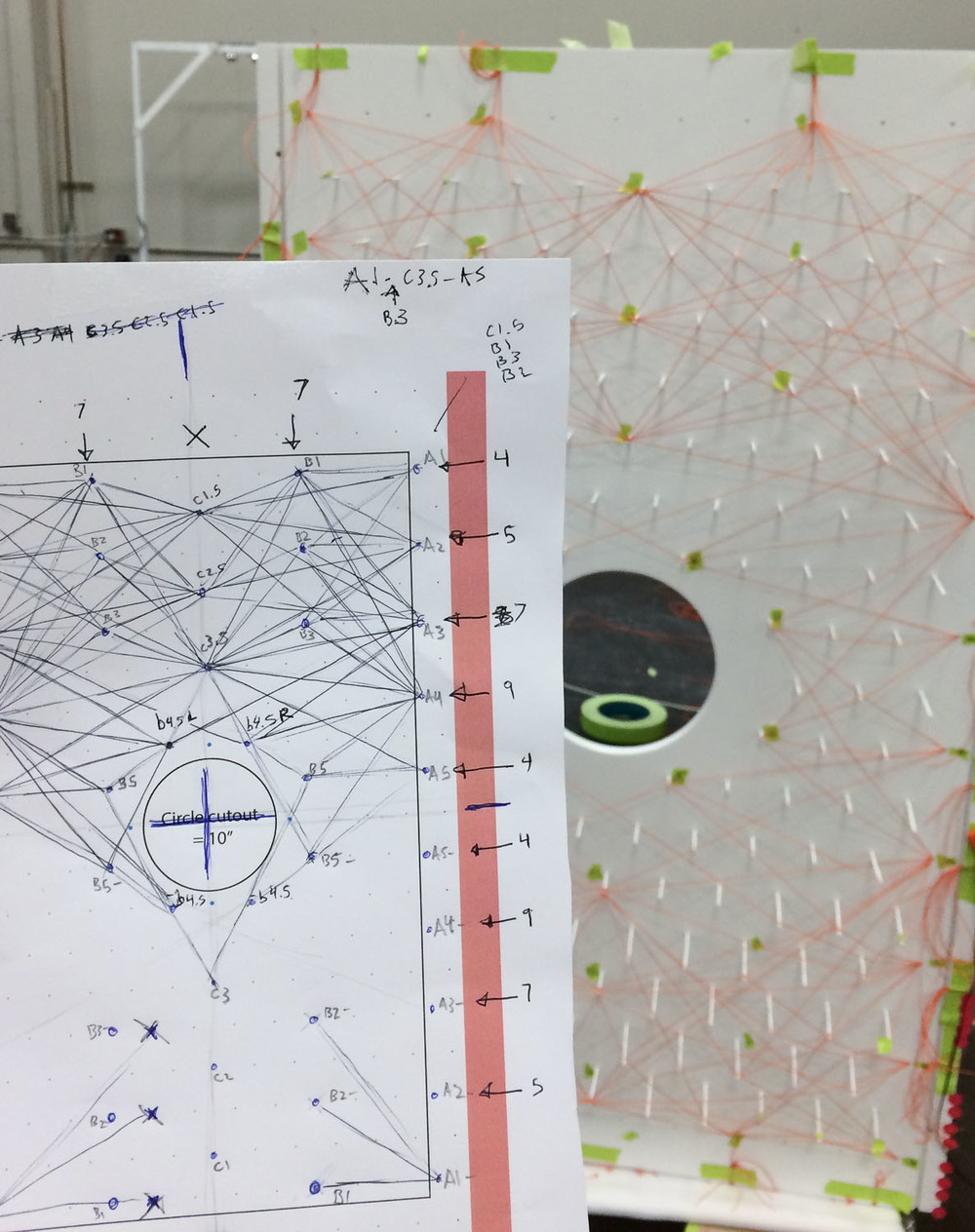 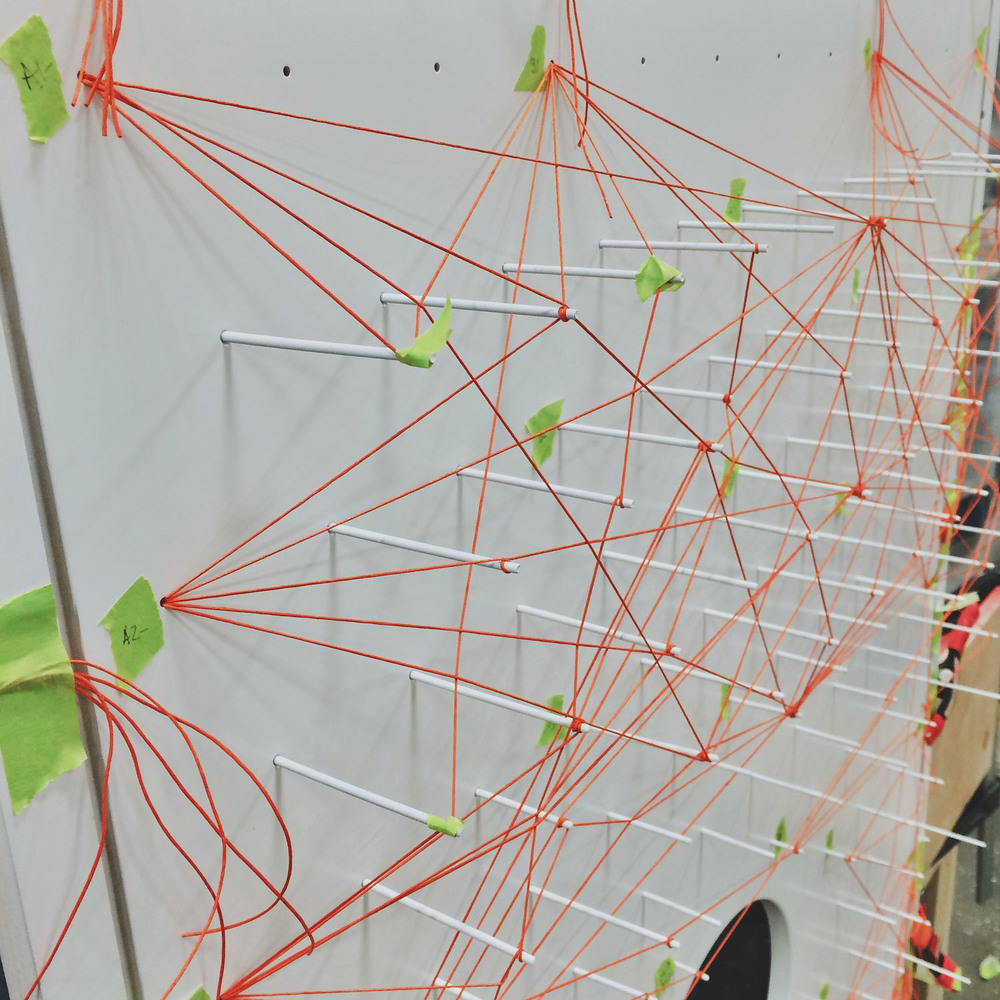 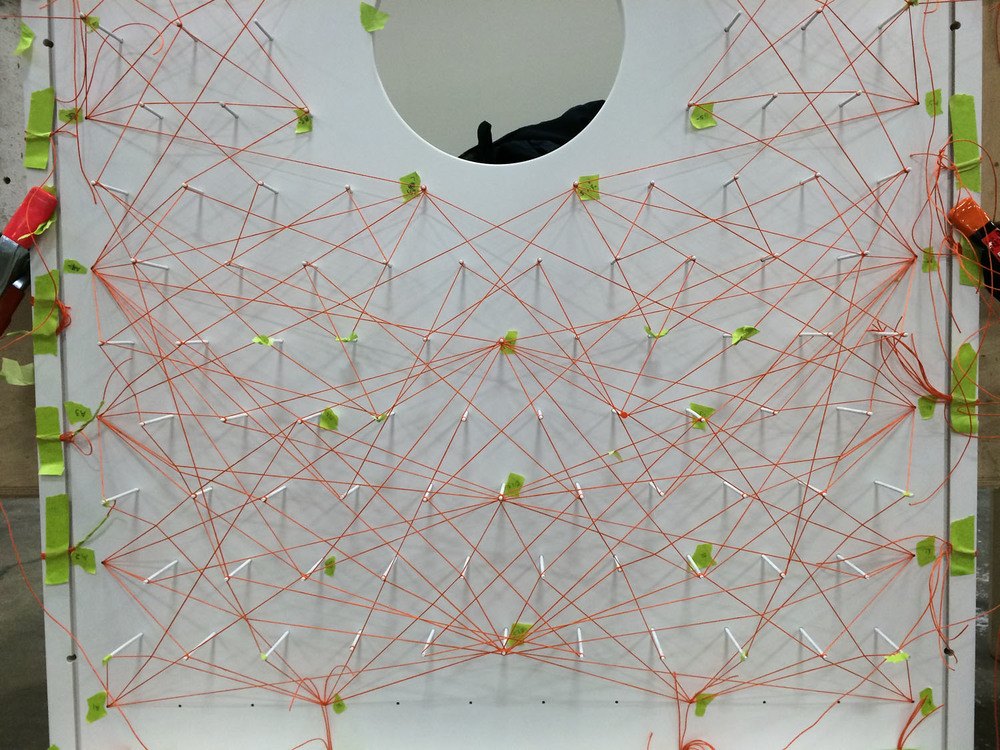 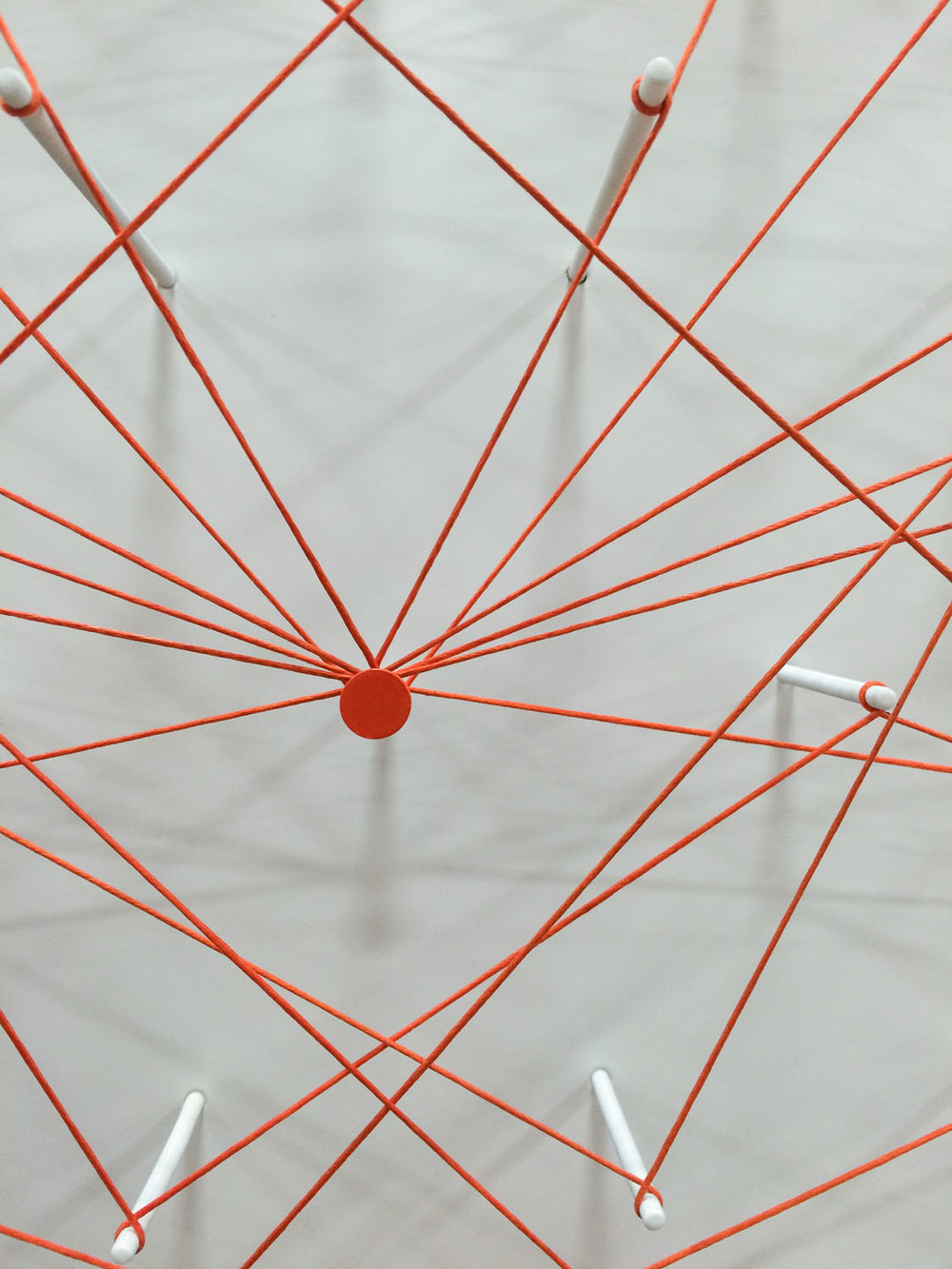 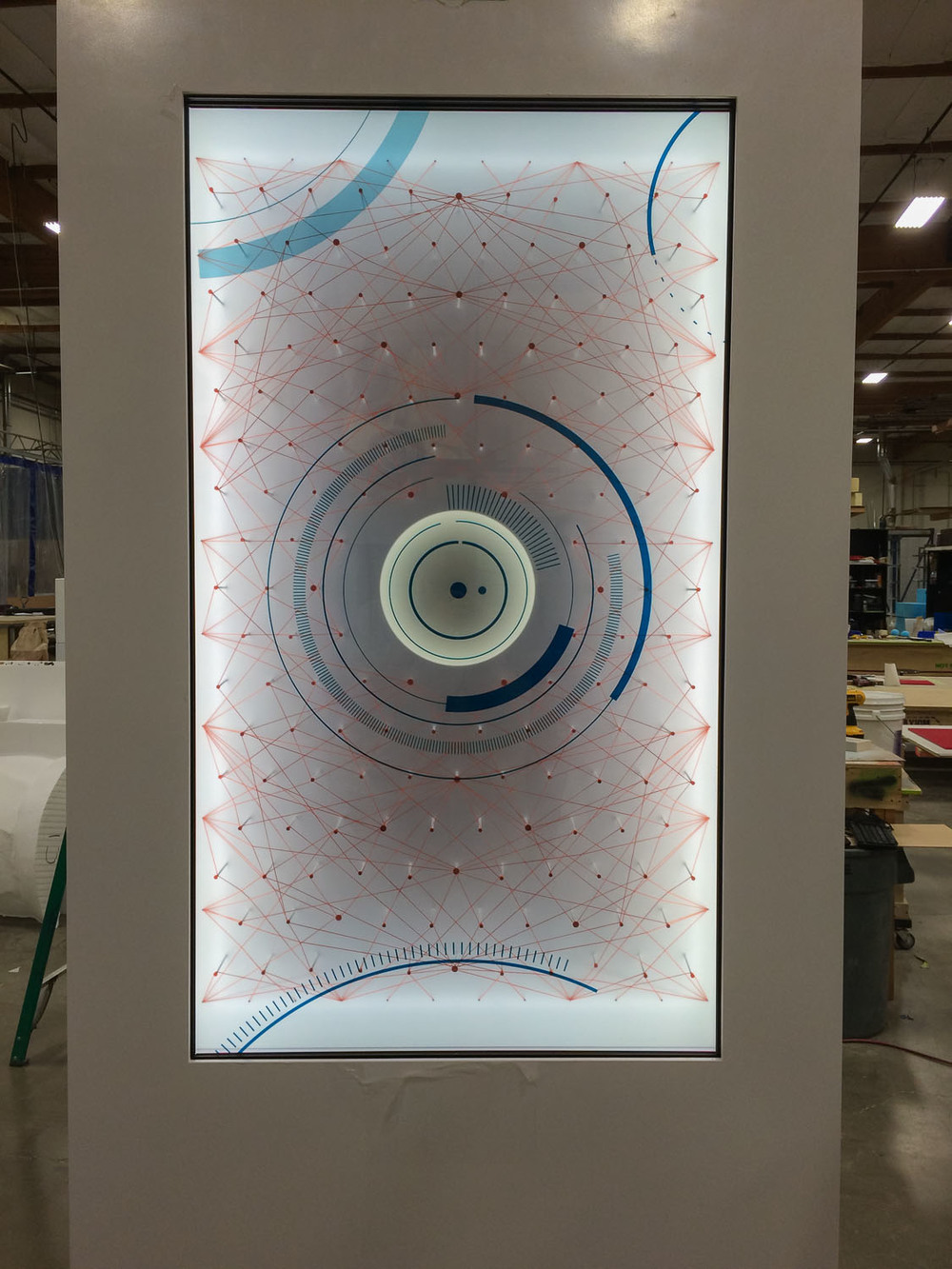 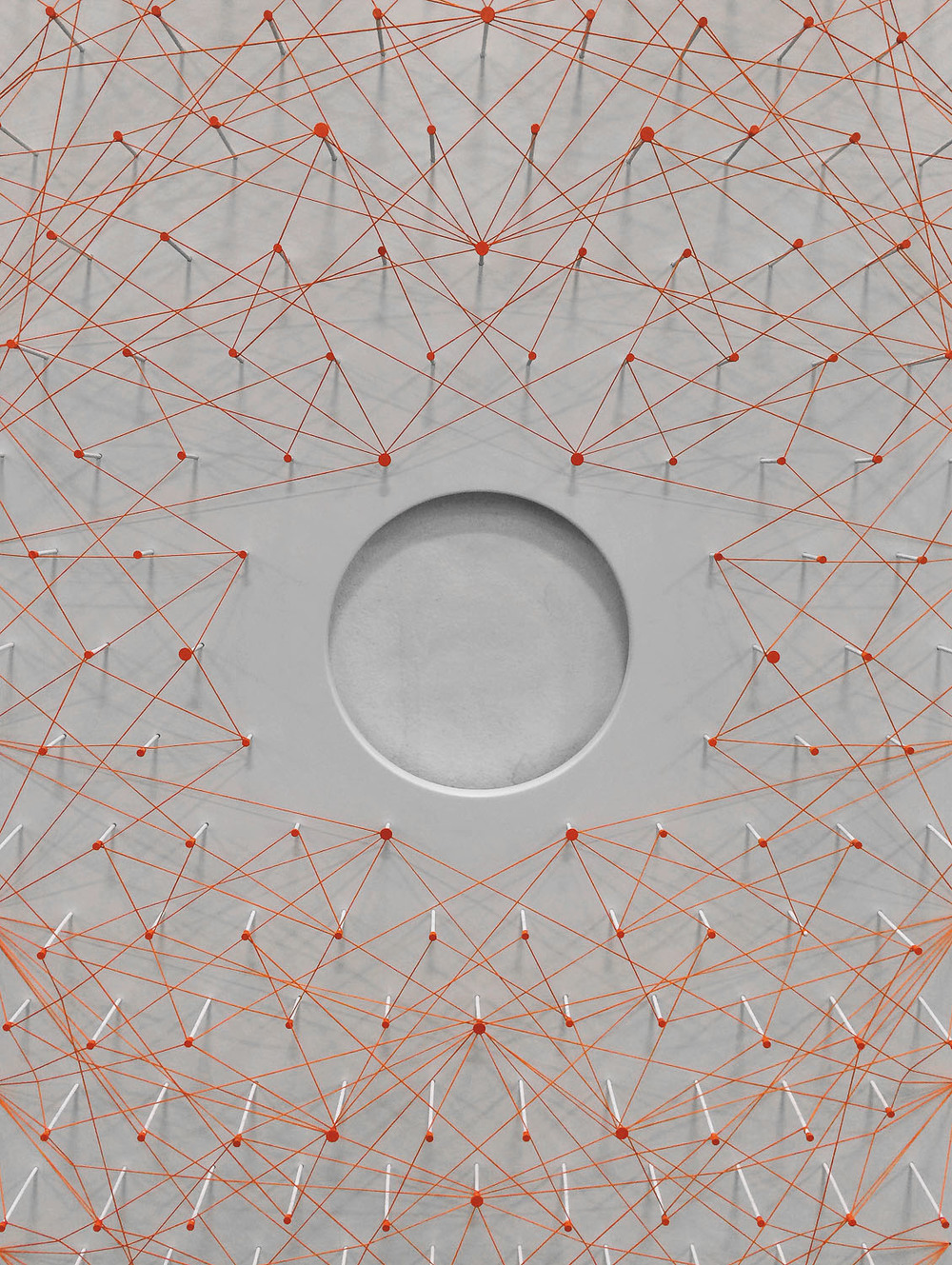 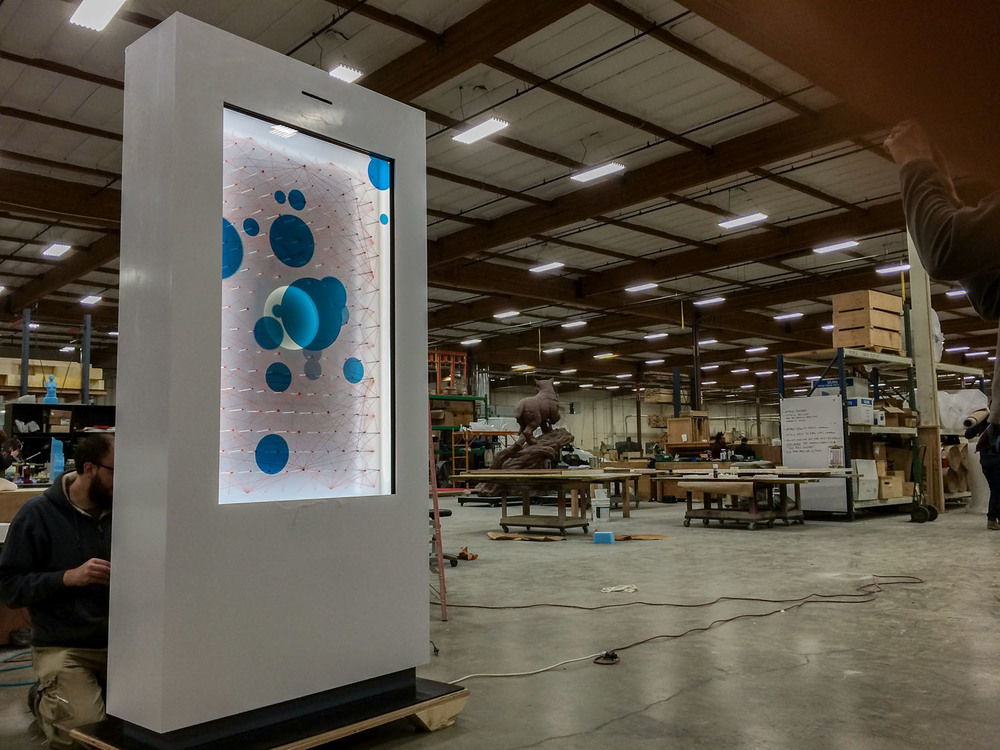 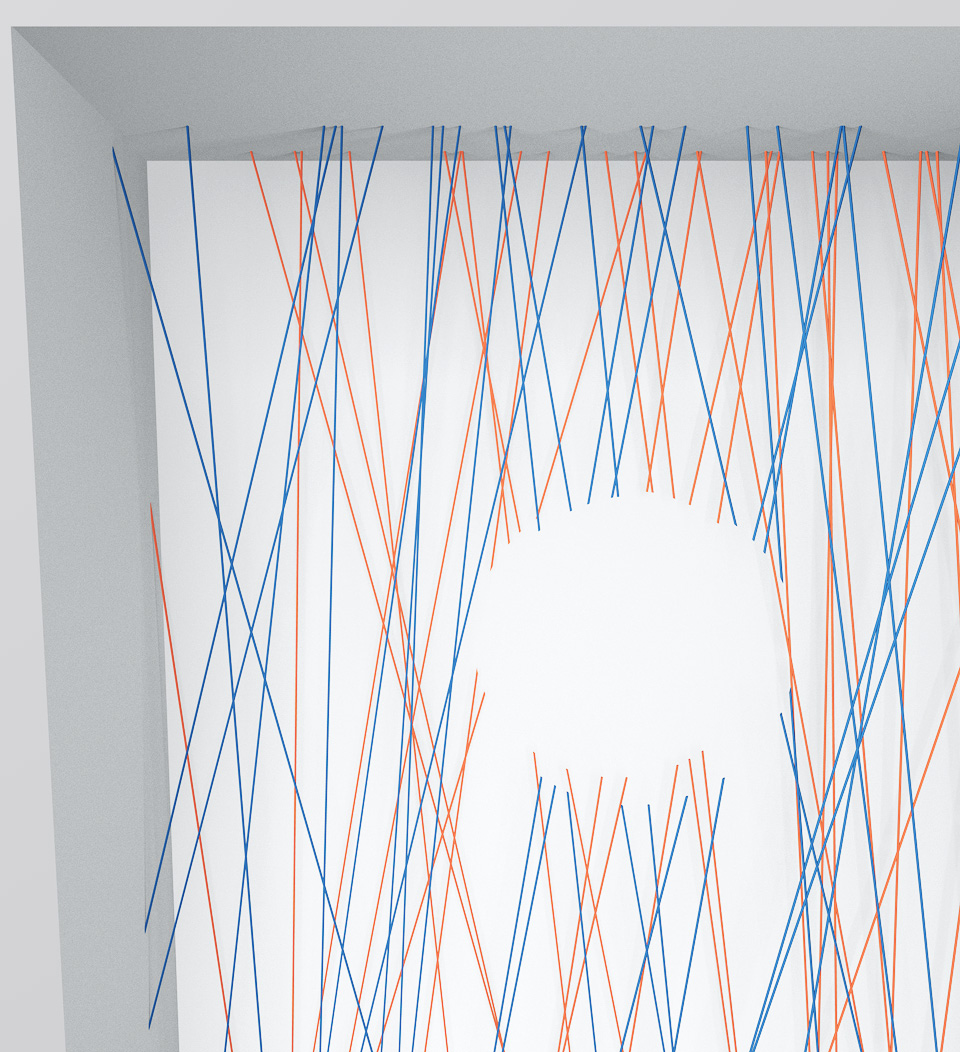 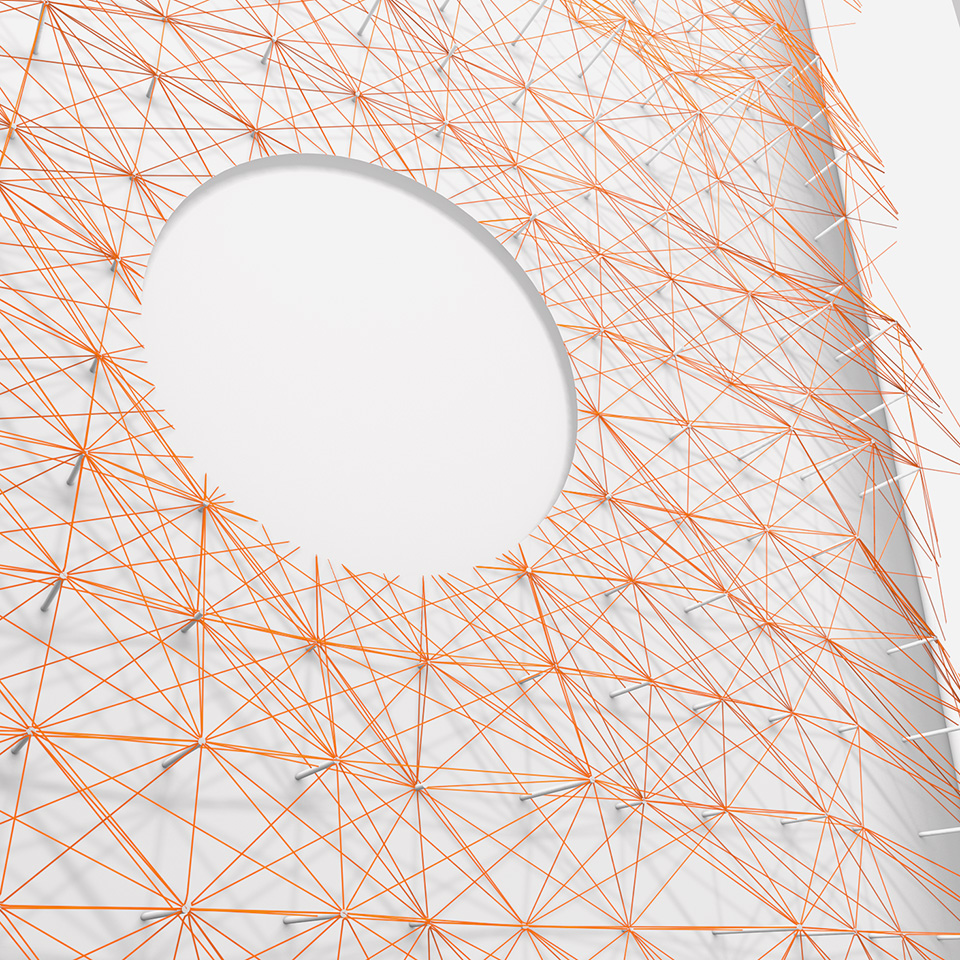 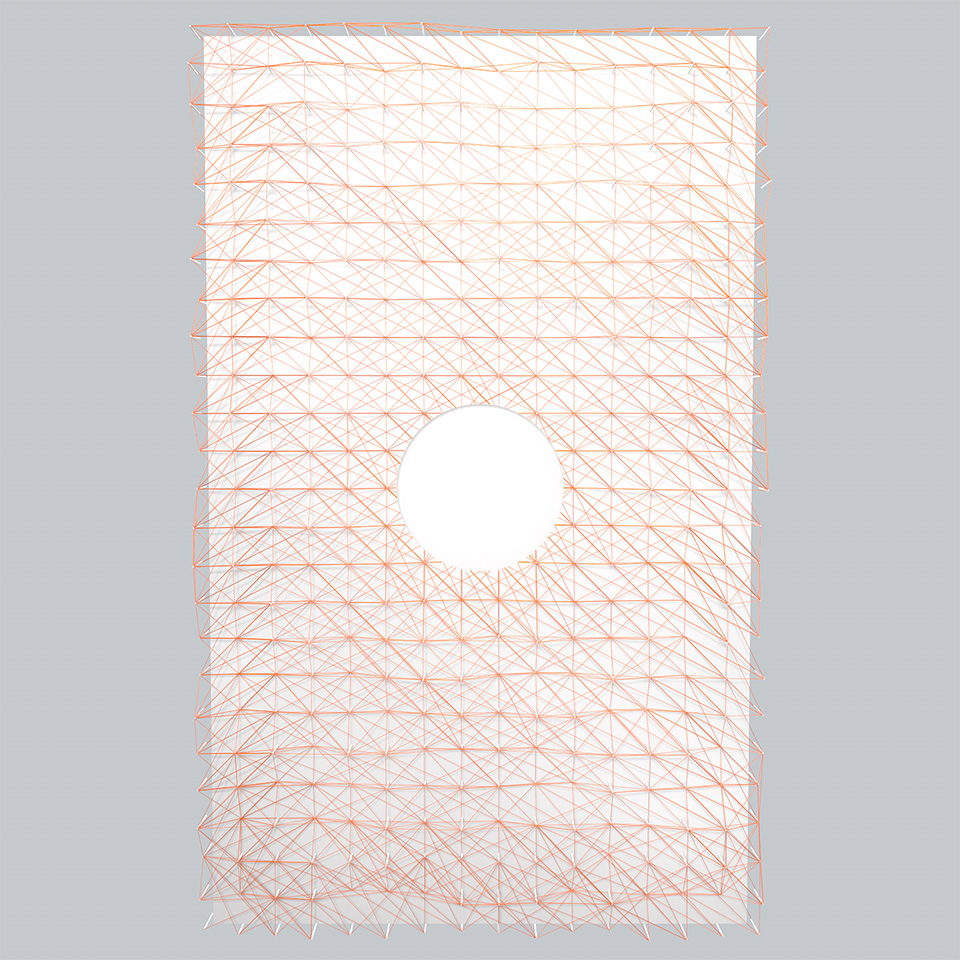 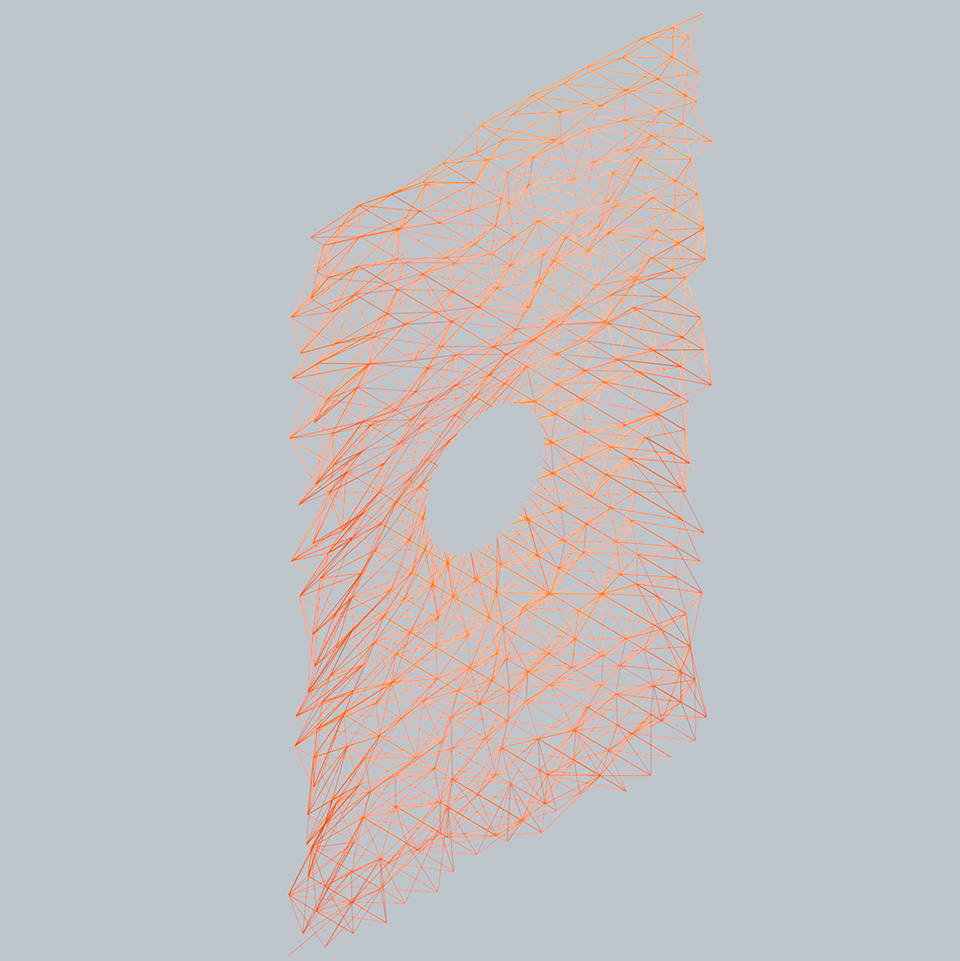 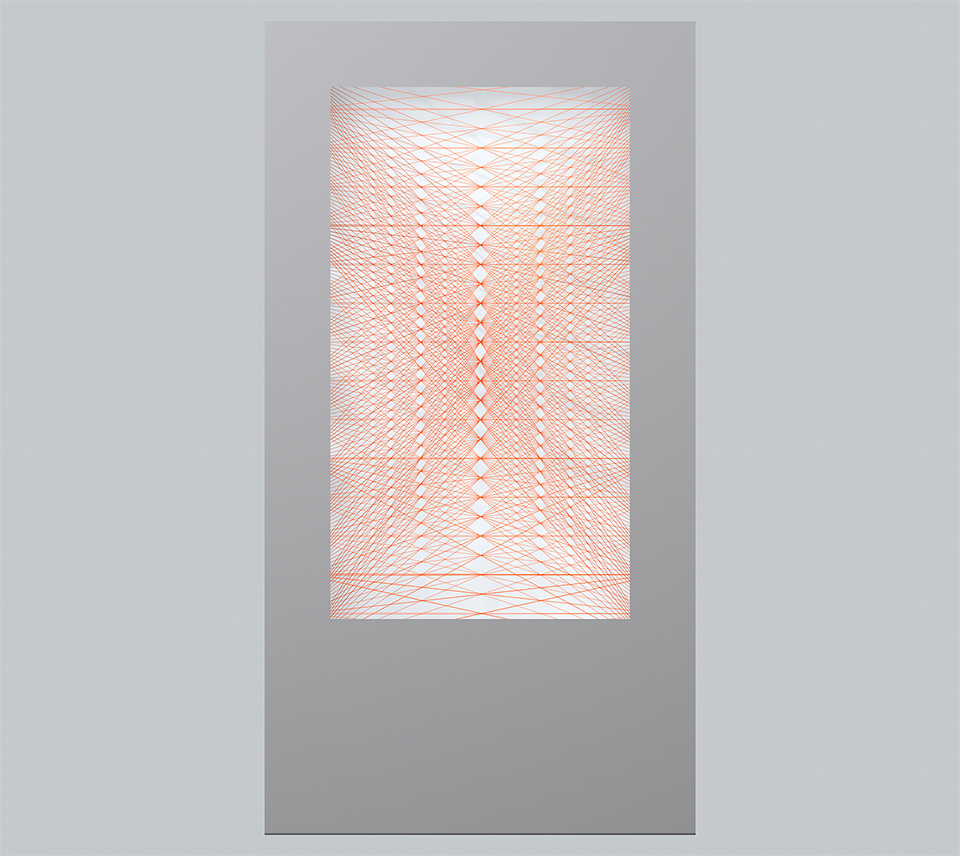 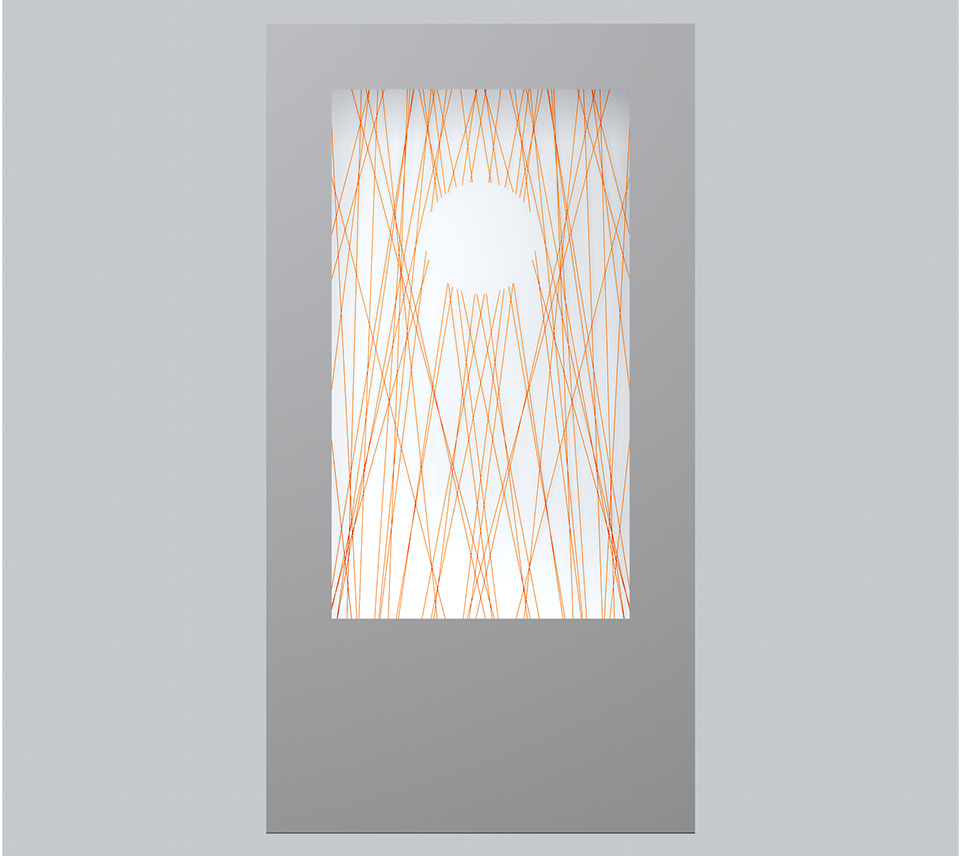 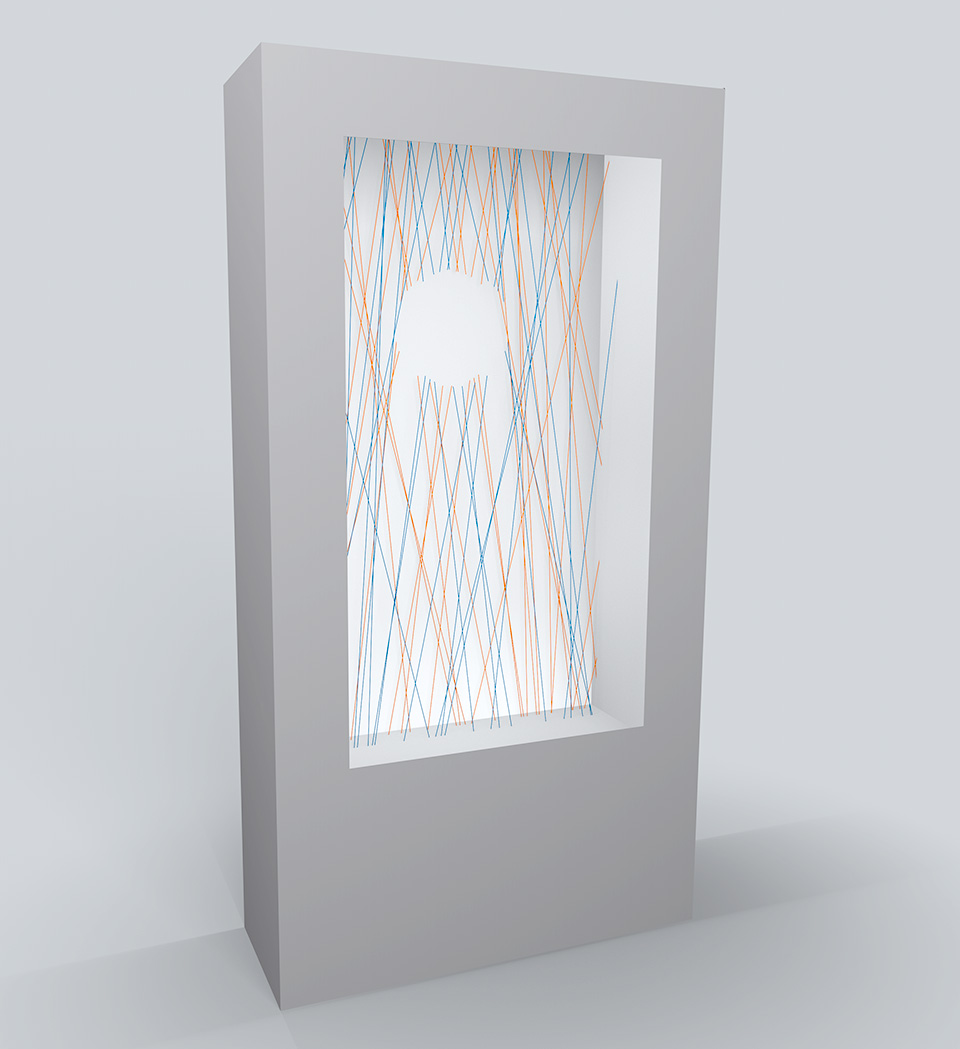