What to do with a studio full of vacant computers

The process of creating motion graphics takes a lot of processing power, and as effects get more complex and output resolutions increase the result is often longer render times. Times where your workflow grinds to a halt and you've got nothing left to do but wait — or god forbid, sleep.

During one late night while contracting at Citizen I walked around the office and realized the potential of the studio's unused machines. So, I setup a render farm.

Maxon's newest release of Cinema 4D R15 has made this process far easier than it used to be. Just install the Team Render client on the computers on your network, put in a security token for each, and via the magic of Apple's Bonjour protocol, you're ready to render. The team render software takes care of allocating frames, uploading project assets, downloading rendered images, and even GI pre-pass caching (if you're into that sort of thing). 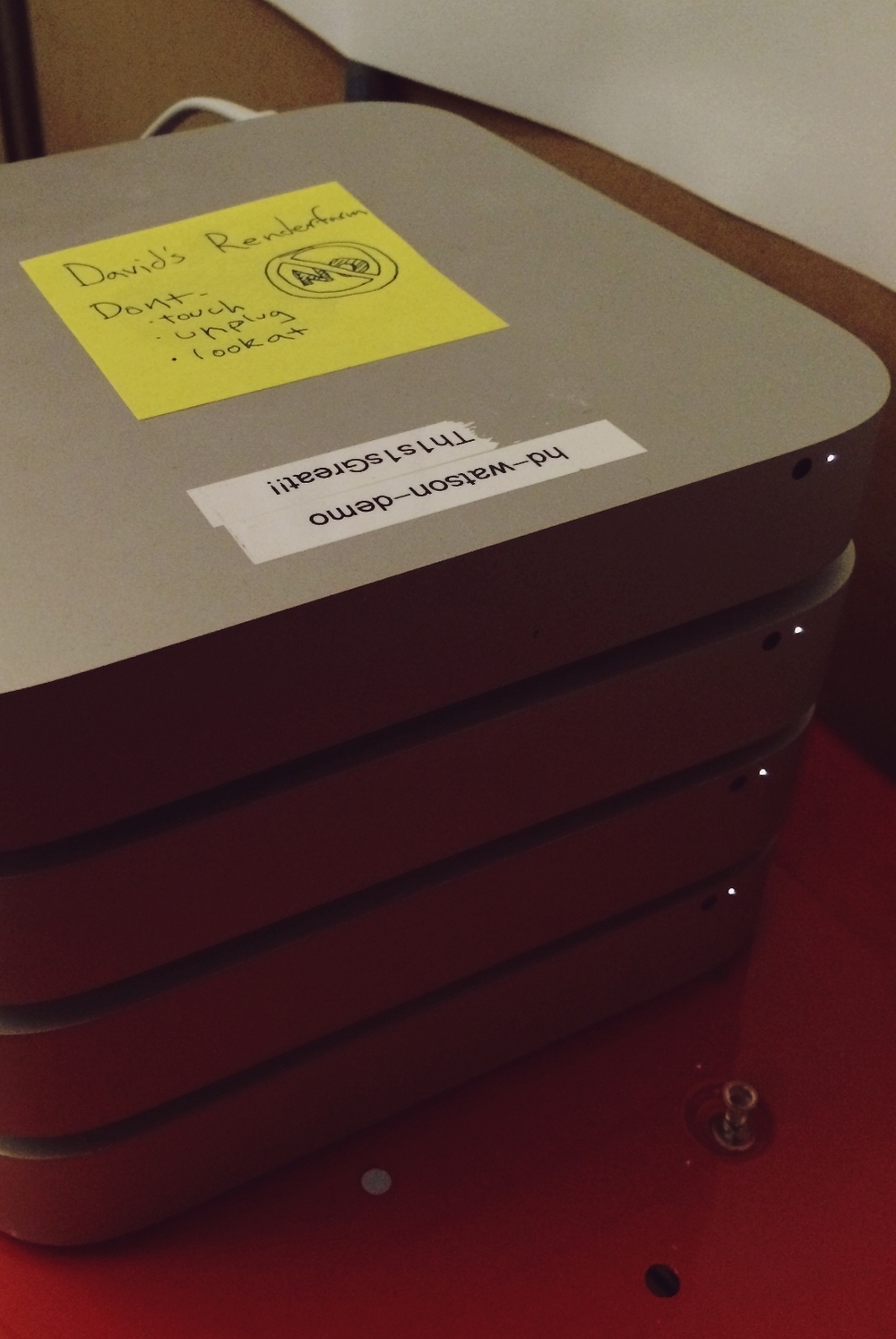 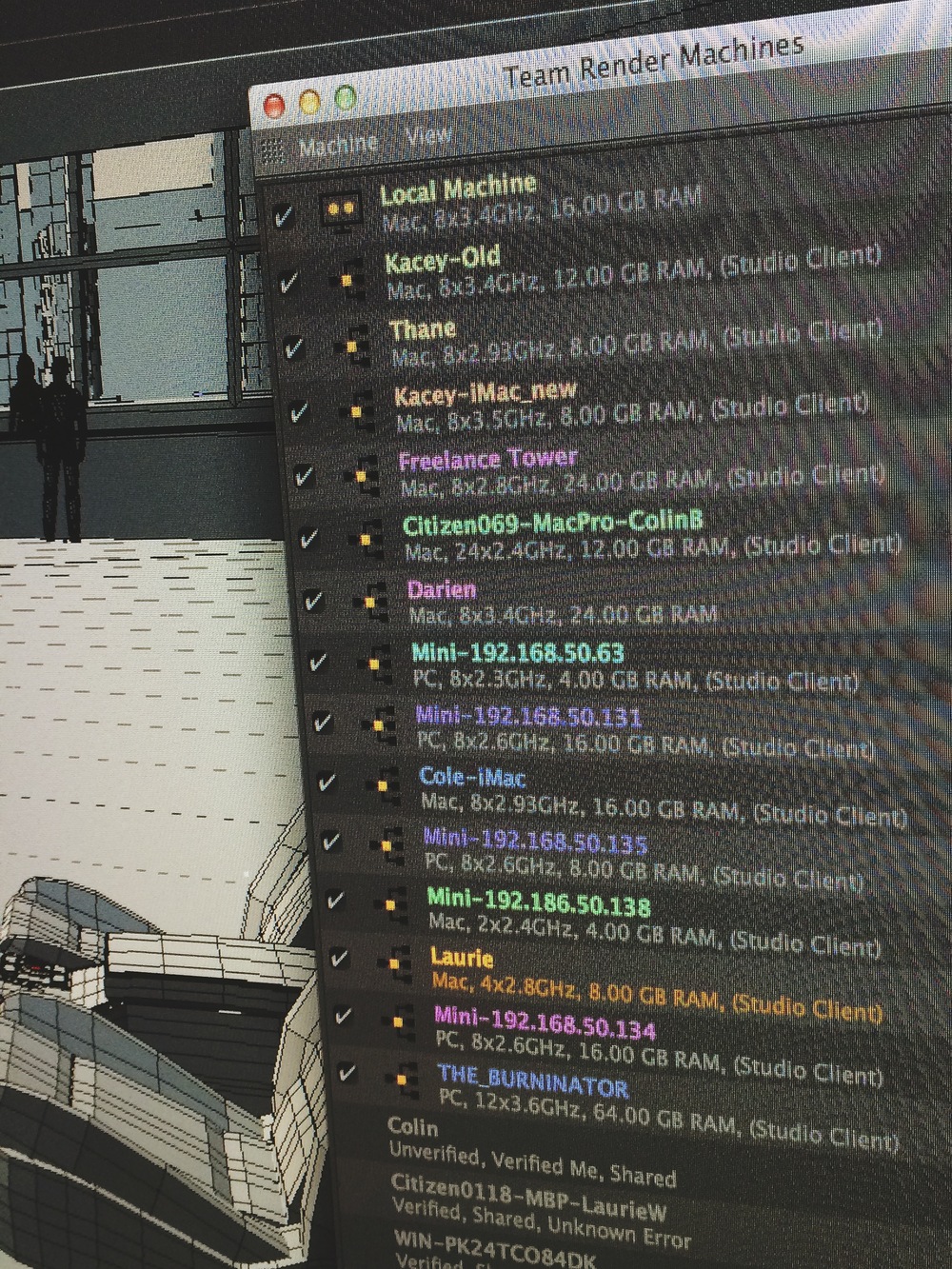 Without spending a dime on hardware, I was able to create a render farm of that included 14 additional machines. Maybe you can imagine how much faster a process becomes when 15 computers are thrown at it, but here's a real world example: The frame below took 22 minutes to render on my single 3.4Ghz i7 iMac. And with the farm? Just 3 minutes 34 seconds! Keep in mind, when you're rendering hundreds of frames for an animation, the minutes add up quickly.

So pull the old Dell out of your closet, find the four Mac mini's the office bought for CES, fire them all up and put them to work. Then sleep soundly while your farm works for you.